While Matthias Weckmann (1616-1674) lived mostly in Dresden and Hamburg throughout the horrors of the Thirty Years’ War and the after war reconstruction, his contemporary Philippe van Wichel (1614-1675) apparently stayed in Brussels for his whole life, both during and after the war.

Weckmann wrote his Sonate à 3 e 4 istromenti for cornettino, violin, sackbut and curtail, an astonishing and spectacular sound combination. On his side, van Wichel wrote his Fasciculus dulcedinis unius, duorum, trium, quator et quinque instrumentorum, which are played here with the same instruments as the Weckmann sonatas. Organist Johann Jacob Froberger (1616-1667), who was Weckmann’s friend and who also travelled to Brussels, represents the link between the other two composers in our program.

An exceptional witness of these turbulent times was writer Hans Jakob Christoffel von Grimmelshausen, whose master novel, Simplicius Simplicissimus, describes in vivid detail life during and after the war. In our program, short fragments of the Simplicissimus are read between the sonatas, which help to frame the music in a historical context.

Recording by Josy Peschon in Saint Nicolas Church at Soleuvre (Luxembourg) on March 30th, 2019 during the rehearsals for the concert played at the Kulturkrees Celobrium Presskit: https://fce-lu.com/quatricinia

La Ciacogna (Ph. van Wichel) - A Saarländischer Rundfunk (SR) radio production: recording of Quatricinia's concert for the TAMIS festival 2019. With the kind support of the SR.

Based on this project, Quatricinia and Josy Peschon created the audio play in German language Simplicissimusikalien, published on MIXCLOUD.

The Captive’s Tale is a musical theatrical production which was created and performed by Quatricinia, together with actors of the theatre company Theatrum, under the direction of May Sánchez. The story is taken from chapters 39 to 41 of Miguel de Cervantes’ The Ingenious Gentleman Don Quixote of La Mancha, where Captain Ruy Pérez de Viedma tells Don Quixotte and Sancho Panza about his voyages through Europe, the naval battles of Lepanto and La Goulette and his imprisonment in Algiers. Part of his narration is based on Cervantes’ own life.

But it’s really the music of Cervantes’ time which leads the show. Throughout the spectacle, Quatricinia guides the audience through the story with music from the Spanish, Italian and French Renaissance, as well as traditional music from the Mediterranean area.

This project came to life 2016 in Luxembourg at the Salle Robert Krieps of the Abbaye de Neumunster. It was chosen as part of the official programme celebrating the 4th centenary of Miguel de Cervantes’ death.

Die Blechgeschichte (The Story of Brass)

How did mankind manage to make music with a piece of brass? This universal question is deeply analysed in our production, The Story of Brass, a theatre piece filled with humour, loads of music and winks for the younger public. Following a storyline, the evolution of brass instruments is shown on stage from the beginning of the human era until modern times. In this production, Quatricinia plays on the whole range of historical to modern brass instruments using musical compositions throughout each age of history.

This project was first performed during the Trombucco – Trumpet Days in Dudelange (Luxembourg).

With this project, designed for festive events, Quatricinia proposes a programme of musical contrasts. On the one side, Renaissance and Baroque melodies from the times of the Spanish Golden Age (the latter half of the 16th to the first half of the 17th century), written by composers such as Juan Hidalgo, Mateo Romero, Martín y Coll or Cristóbal Galán and including pieces preserved in the collections Cancionero de Upsala and Cancionero de Palacio. On the other side, the programme offers a choice of Spanish traditional music, including many examples of the famous Pasodobles as well as compositions of Antonio Álvarez Alonso and Pascual Marquina, among others. For this programme, Quatricinia uses modern instruments. 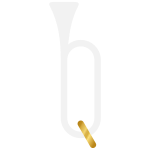